We encourage all of Area 12’s voting members to participate in this year’s Board of Directors elections, held electronically through the Handbell Musicians of America’s confidential online voting system. For information on how to cast your vote, please click the button below or at the bottom of this page to visit the voting instructions page, which also contains a link to the electronic ballot.

For information about the candidates for each office, please review the current slate of Board Officer candidates and their bios below. 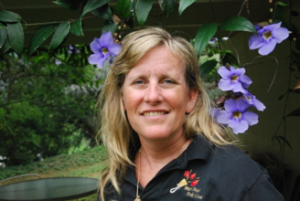 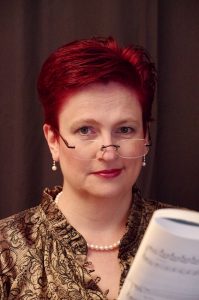 Karen Carlisle is originally from San Jose, California where her handbell experience started. She relocated to Oahu in 1995. She holds a Bachelor’s degree in Psychology from University of Hawaii West Oahu. She’s also a Certified Substance Abuse Counselor and Internationally certified Substance Abuse counselor through the Alcohol and Drug Abuse Division Hawaii. Karen is a long-standing member of Handbell Musicians of America and has served as the Regional Coordinator for Area 12 Hawaii/Guam since 2004.

Karen has been ringing handbells for over 45 years and conducting for 34 years. She started at Campbell First United Methodist church in a junior high/High school group and eventually moved up to the adult group. She learned to direct and became the Director of the youth handbell choir. While attending the 1992 conference which she took her youth choir she decided that Hawaii was where she was meant to be. Moving in January 1995. Karen has been a clinician through Area 12 and has taught at multiple conferences and local events. Karen and her husband Dan founded an advanced Community group Mele Mai Paki Lima in 2007 in which they co-direct.

She is currently the Handbell Director at Aiea United Methodist Church with an adult and children’s handbell choir. She has directed handbells at three different churches on Oahu, many at the same time. Over the past 7 years Karen has started 1 elementary age church group and 2 elementary after school community programs, 2 youth middle school groups and 2 senior community groups. She has also taught an over 50 age group at the University of Hawaii OSHER program. Working with kids is her passion and she loves all ages of beginning groups. Her passion is handbells the teaching the sharing and the building of our community.

She is married and has two children ages 11 who are both already ring.  Her daughter started when she was 4 and started ringing with an adult church group at the age of 6. Her son started at the age of 8 with her children’s church group. You never know what you will get from Karen it could be a selfie with maracas at a conference.

Michèle Sharik rings professionally with Sonos Handbell Ensemble, is the founding Artistic Director of Timbré, and is an internationally-renowned handbell soloist, conductor, and teacher. She designed and is the Master Teacher of the Handbell Techniques curriculum for HMA’s certification program. In addition to degrees in computer programming, visual and performing arts, and music technology, she has a masters certificate in Performing Arts Medicine and is a fervent “evangelist” for safe ringing techniques.

She is a former Chair of Area 12 and currently serves as the Southern California Regional Coordinator. She is honored to serve Area 12 in whatever capacity she can. 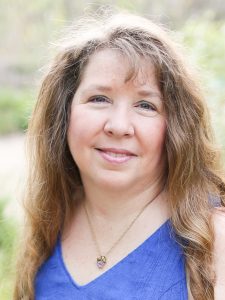 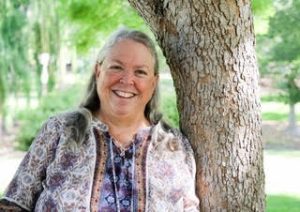 Carol Pickford was introduced to handbells in 1979 when her church organist (Barbara Meinke’s mother!) heard about this “new” instrument and has never looked back. She currently is a member of 4 handbell choirs (2 community groups and 2 church groups) and serves as Secretary for Area 12 as well as serving on the board for LA Bronze. She met her husband through playing bells, and together they have toured the US and Europe with handbell choirs, as well as attending several National Seminar and DB West events.

Carol has enjoyed this past term with a wonderful team of people on the board, and working with several projects, including most recently having worked on the Bells on the Beach event committee. Carol’s current day job is a regional sales manager in the medical electronics industry. Throughout her career she has also been a project manager and field application engineer in the medical equipment industry where detailed notes and thorough and complete documentation are a must. In addition to keeping minutes for the board meetings, Carol submits summary articles to the Twelfth Tone with a synopsis of the Area 12 Board of Directors meetings so that all our members can be regularly updated on the board’s activities.

Cathy Griggs caught the bug for bell ringing when her church got its first 3 octaves of handbells in 1987. She took over leadership of the handbell choir at First Presbyterian Church in Livermore a few years later and has added additional choirs for youth, and beginning adults and led fundraising to expand to five octaves of chimes and bells. She loves working with new ringers, helping them to discover the joy of making beautiful music together. 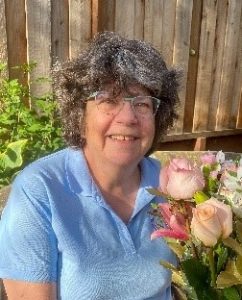 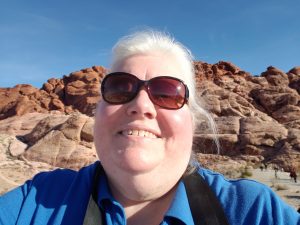 Kathy learned to become a handbell player when she and her family joined a church that had a handbell group. Eventually, she ran for and became the Area 12 Treasurer for four 2-year terms and was appointed Treasurer (Past/Emeritus) for a few other years. Kathy is the treasurer for Handbell Ventures, a local handbell group and participates in another. She also participates in two local emergency preparedness groups (CERT and SPECS) and an amphibian outreach group (BAHS). Her work background is manufacturing engineering and R&D program management in scientific instrumentation.

Gail Berg started ringing 45 years ago.  She has served on the Area 12 board as the Bay Area Regional Coordinator, Secretary and Membership Director.

We encourage all of Area 12’s voting members to participate in this year’s Board of Directors elections, held electronically through the Handbell Musicians of America’s confidential online voting system. For information on how to cast your vote, please click the button below or at the top of this page to visit the voting instructions page, which also contains a link to the electronic ballot.

Voting Instructions
We use cookies on our website to give you the most relevant experience by remembering your preferences and repeat visits. By clicking “Accept All”, you consent to the use of ALL the cookies. However, you may visit "Cookie Settings" to provide a controlled consent.
Cookie SettingsAccept All
Manage consent